Why Market Manipulation is so rampant in NFTs 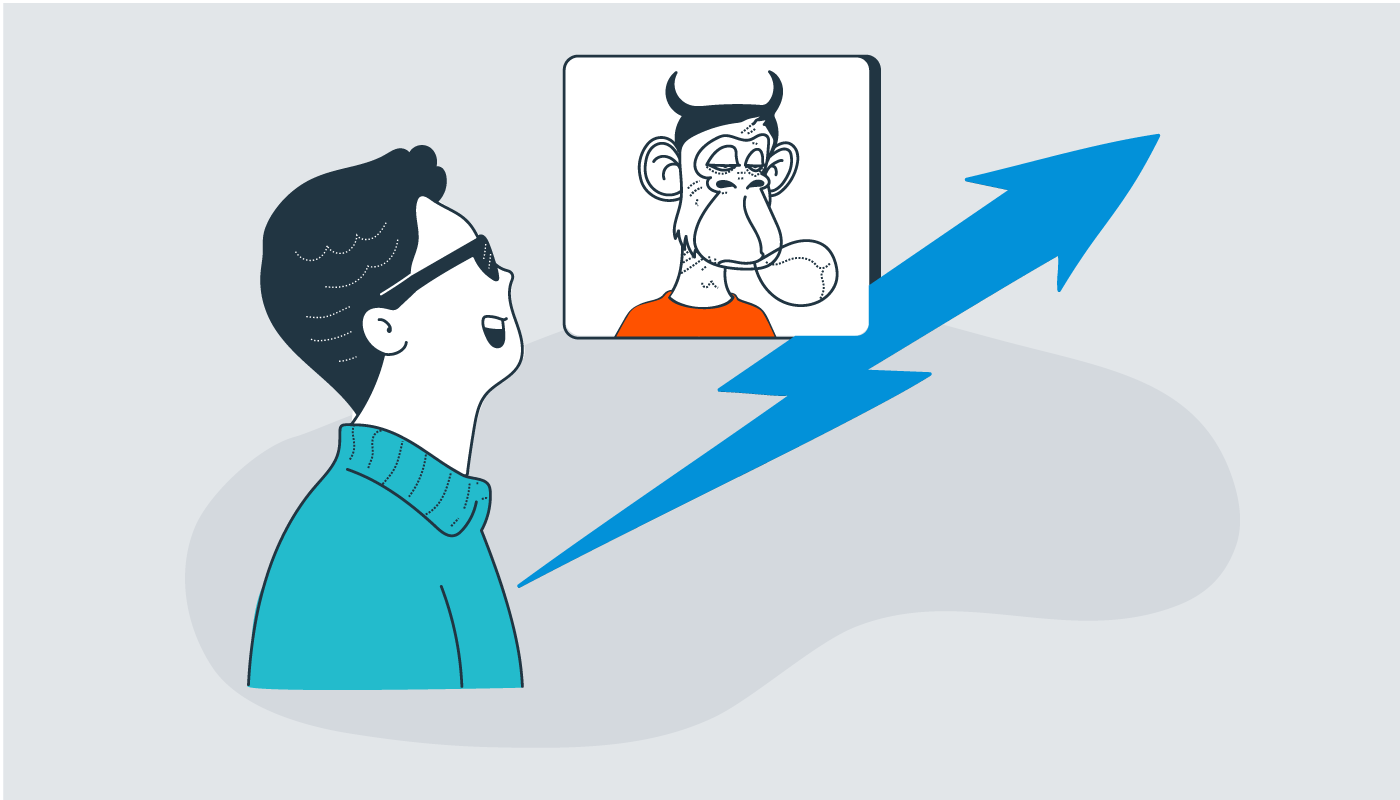 NFTs have become a hot topic of conversation in popular culture. Click-worthy headlines are catching eyes in financial circles too. However, the buzz is not always for the right reasons.

While fans might be ready to jump on the latest celebrity-endorsed crypto-craze, others are raising eyebrows. Big questions are being asked about market manipulation and what role regulations play in this new digital era.

The NFT industry is under pressure to begin regulating the marketplace. If not, the entire industry could collapse under the weight of market manipulation. The Securities Exchange Commission (SEC) is keeping a close eye on the digital frontier.

SEC commissioner Hester Pierce has said that there is “little concrete regulatory progress” regarding blockchain technology in a recent interview with Coin Desk.

There is little concrete regulatory progress regarding blockchain technology.

We are living through a moment where governments and lawmakers are having a hard time keeping up with rapidly evolving technologies and cunning criminals.

What is Market Manipulation?

Market Manipulation is defined by the SEC as the “intentional or willful conduct designed to deceive or defraud investors” or the “intentional interference of the free forces of supply and demand”.

Traditional financial investments are well regulated securities that fall under strict laws that help protect consumers. This protection gives buyers confidence. That protection and confidence in turn gives the overall market stability. As we can see from frequent crashes, crypto-technologies are anything but stable.

What is a Security?

The NFT world needs to answer some very serious questions. Firstly, are NFTs considered securities? If so, should they fall under the regulations of the SEC?

We must first understand exactly what constitutes a security. According to the SEC, whenever anything is purchased with a reasonable expectation of a return on investment, that purchase can be considered a security.

Collectables or Investments are not Securities

Collectibles can end up making a huge profit for buyers. For example novelty figurines can sell for hundreds, if not thousands, of dollars over their purchase price. That doesn’t make them securities however because there is no “reasonable expectation” of profit. The SEC is not coming for your Star Wars collectables anytime soon.

So where do NFTs find themselves in all of this? Are people collecting Bored Apes because they find them cute, funny, and interesting or because they believe they will increase in value? Similarly, how are they being marketed? When collectibles come on the market they are not sold or marketed with the intention of making the buyers a profit.

However, on the Bored Ape Yacht Club website, you can easily track purchase history and pricing. This gives the impression that their NFTs are smart investments. This investment-leaning information is more apparent with NFTs than with traditional art that you would view in most art galleries.

Why NFT markets can be manipulated

The SEC regulates traditional security markets that have evolved over hundreds of years. As NFT’s are not yet formally considered securities, the market is an open opportunity to defraud investors. Market manipulation schemes that have already been addressed and regulated in traditional securities are resurfacing with renewed energy.

Hester Pierce continues her assessment on crypto industries stating that the SEC has relied on “one-off enforcement actions” which fail to address issues in a cohesive way. We are living through a unique moment in history where legal issues surrounding NFTs are being addressed in real time.

We are living through a unique moment in history where legal issues surrounding NFTs are being addressed in real time.

How the NFT Market is Being Manipulated

Buyer beware, there are some common strategies that are being used to dupe unsuspecting NFT enthusiasts. It’s time to shed some light on the shady underworld of NFTs:

Celebrity endorsements are being used as a technique to manipulate the markets. This normally involves a group of crypto organizers that have cleverly devised a scheme that requires a famous face to promote NFTs before running off with profits. The Atlantic calls the combination of NFTs and celebrities “a match made in hell” and it’s not hard to see why.

Some celebrity endorsements are operating in very murky legal waters. The SEC forbids anybody (including celebrities) to promote traditional securities without disclosing their financial relationship to that security. That same regulation does not apply to NFTs, creating a dangerous loophole that exploits consumers and undermines confidence in the NFT marketplace.

Bloomberg news recently published information about a shady NFT endorsement between pop star Justin Bieber and Bored Ape Yacht Club. Some crypto-digging indicates that he was most likely paid for the endorsement. However, he has no legal obligation to disclose his involvement.

To publicly say that you are buying something when you are in fact being paid to promote it is lying. When you have millions of easily influenced fans it’s downright unethical.

A new form of market manipulation that has the NFT marketplace off balance is called a rug pull. A rug pull is the creation/promotion of an NFT and then disappearing once that NFT has sold. In order to make a rug pull successful, fraudsters lure in social media influencers and celebrities that will draw a large audience.

This is what happened in the case of Floyd Mayweather. He encouraged people to buy Bored Bunny NFTs. After hyping the NFT, organizers sold their NFTs and left fans with an investment valued way below the initial price.

You may already recognize the next scheme as it’s been around for awhile. Pump and dump schemes are defined by buying something, endorsing it and then selling it off at an inflated price. It’s a scheme that’s illegal on traditional markets but cropping its ugly head in the NFT marketplace.

Time magazine reports that consumers were duped over 2.1 billion dollars in 2021. However, it’s clear both schemes artificially and willfully inflate the price of NFTs with the sole intention of the creators selling and running away at a crucial moment.

Consumers were duped over 2.1 billion dollars in 2021.

Social Media and Television personality Kim Kardashian has been accused of enabling a pump and dump scheme. The organizers of the scheme were the same people behind the Floyd Mayweather debacle. Her promotion of the organizer’s month-old token may be history’s largest ever financial single advertisement, with more than 250 million followers on her Instagram account.

Like most pump and dump schemes, the token she was advertising crashed and is now worth virtually nothing, leaving investors on the losing end of the scheme.

Wash trading is another common form of market manipulation. It is often done on a crypto-marketplace when a creator or seller purchases their own product to give the appearance of sales. That sale is then visible on the blockchain, which makes unsuspecting buyers believe that the NFT is effectively worth that amount despite ownership never changing hands.

The previous example of Justin Bieber could be considered a form of wash trading as he allegedly bought a Bored Ape with money he made from the promotion.

One of the most famous examples of wash trading in NFT history is the case of CryptoPunk 9998. At the time of sale, the pixelated character from the CryptoPunk NFT collection sold for 532 million dollars.

Bloomberg reports that blockchain transactions show that the buyer was essentially paid back all the money he spent on the NFT. Regardless, the NFT sale made headlines and created great buzz and promotion for CryptoPunks.

Lack of regulations does not just fail to hold people accountable, it promotes unethical behavior. Other dubious NFT creators see CryptoPunk 9998 as an example of how to manipulate the market and get away with it.

CryptoPunk creators face no legal consequences from their actions and have only benefited from publicity. What is stopping copy-cat criminals? The answer is– nothing.

Lack of regulations does not just fail to hold people accountable, it promotes unethical behavior.

Although the technology that supports NFTs is new, it’s plagued by a problem as old as time. Plagiarism is rampant in the NFT community. In the NFT marketplace plagiarism takes place when people steal artwork from around the internet, mint it on blockchain, and sell it.

A New York Times article showed that DeviantArt, an online art collective, used software to scan almost three hundred thousand cases of plagiarism on OpenSea, one of the most famous NFT marketplaces.

The problem became so bad that in February 2022 OpenSea temporarily suspended sales to address the issue along with rampant theft on the platform.

This is just one marketplace for NFTs. Even if OpenSea manages to self-regulate, it will not be enough to address the fact that anyone anywhere can essentially steal content online and mint it, claiming to be the originator. It’s clear that broader regulatory standards need to be put in place.

Plagiarism is an obvious violation of copyright laws, although due to the unprecedented nature of NFTs, many copyright laws are unclear and are being fought in court. Such as the famous case opened between Quintin Tarantino and Miramax.

Tarantino is selling NFTs related to his original manuscript of the movie Pulp Fiction. Miramax claims the script belongs to them as they paid Tarantino for the work in 1993. Obviously, the contract makes no mention of NFTs as they were not invented.

How to Protect Yourself from NFT Market Manipulation

If you are considering purchasing an NFT, do your research. Understanding who is behind the creation of the NFT is essential. Approach celebrity endorsed NFTs with caution and find out as much as possible about what you are purchasing.

Be wary if you buy into NFTs that seem too good to be true or the value skyrockets for no apparent reason. That’s a warning sign you might be a victim of a pump and dump or rug pull scheme.

If you’re looking at NFTs as a viable investment option remember to not invest more than you can afford to lose. Do not write off traditional regulated investment strategies such as real estate or the stock market. Even if the returns seem smaller, the safety of investing in a regulated market may pay off in the long run.

The Future of NFTs

NFTs are at a crossroads. As the initial hype and excitement wears off and reality kicks in, the crypto-universe has a lot to answer. Scams, illegal activities, and general unethical behavior threatens to collapse the entire industry before it has had a chance to get its feet off the ground.

SEC Chair Gary Gensler is moving towards more aggressive regulation and enforcement of crypto-technologies. He warns in recent remarks: “Let’s not risk undermining 90 years of securities laws and create some regulatory arbitrage or loopholes.”

Let’s not risk undermining 90 years of securities laws and create some regulatory arbitrage or loopholes.”

It’s worth noting that any financial investment comes with risk. Where there are financial markets, there will always be someone trying to take advantage of consumers.

Regulations exist for a reason. They are the glue that holds financial markets together.

Will NFTs stand the test of time? It’s up to creators, organizers, and the NFT community as a whole to address the problem of market manipulation. This is the only way forward to restore consumer confidence.