The Secret to Amazon's Growth - It's Always Day 1 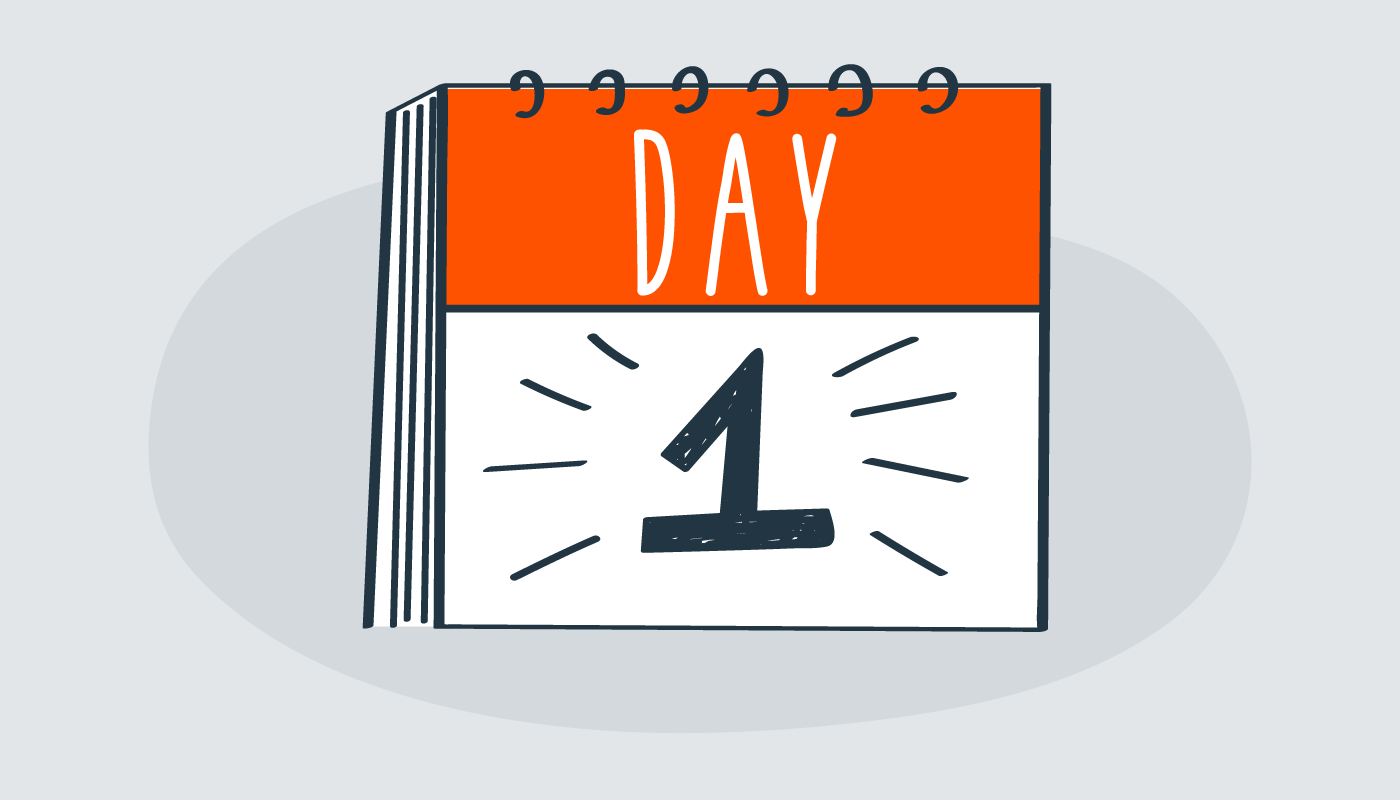 We’re Enchant, and we follow the most loved companies and try to understand what makes them tick. You see, we’re in the business of customer experience. Specifically, helping other companies scale theirs. We do this by providing tools companies use to communicate better with their customers.

In the early days of a new company, there’s a strong feeling of discovery and opportunity.

Founders are fueled by excitement.

You’ve set out to build something that customers want and you’re going to do everything in your power to make it happen.

You run lots of experiments (i.e. you try everything) and in the process you learn a ton. The feedback loop is tight and the team is able to learn, absorb and react rapidly.

It’s during this time that the nimbleness of your team is at it’s max. You’re all hungry to succeed and the entrepreneurial fire burns strong.

What I’ve described above is the Day 1 mindset, as Jeff Bezos termed in Amazon’s 1997 Shareholder Letter.

Amazon works hard to keep Day 2 away, because to Jeff, Day 2 is the equivalent of death.

But what is Day 2, exactly?

It starts on the day when the entrepreneurial fire sizzles out.
It marks the beginning of the end.

Jeff’s goal here is to guard against complacency. Without innovation, a successful company can continue to milk the profits of their previous creations for many decades… but the end will eventually come.

Most companies don’t lose to the competition that they’re watching. Instead, they lose because the changing business environment suddenly pulls the market out from under them.

Let’s look at this with an example:

Not long ago, a handful of companies had captured majority of the market share of global camera sales. This included Nikon and Canon, among a few others.

Then smart phones came along, with built in cameras and big screens. It didn’t take long for them to steal the point-and-shoot market from the existing companies in the space.

I remember going to Best Buy and seeing the display of sad point-and-shoots that nobody wanted. The display was already half empty (because camera makers had stopped producing many of those products), and the ones that were still there were falling apart on the display.

Over time, smartphone cameras got a lot better. Built in background blur. Way better night shots. All of this was a result of advances in computational photography.

As they got better, smart phone cameras continued to chip away and steal the prosumer market (i.e. those that buy high end cameras for personal use) from the old guard.

And the result of all this?

… and consumers are buying more cameras then they ever did before.
They they just happen to come built into their phones now.

And the brands we used to associate with cameras?

Well, they’re just not participating in this new world. 🤷‍♂️

Could camera companies have produced phones? I can’t say for sure. It sounds like it would have been a big leap for them.

However, they could definitely have produced the technology (hardware and software) to power the cameras in phones. They could have innovated in the space and partnered with the phone makers. They could have done a lot to adapt to the changing landscape.

But they simply did not participate… and by doing nothing, they all lost out on a huge opportunity.

Companies that are constantly trying to innovate will be at the forefront of these kind of market changes and will be in a much better position to ride the wave and adapt.

We need to keep pushing the envelope forward. Because, by not doing so, we risk everything that we’ve worked for.

Innovation is harder as you grow

When a company grows, it becomes increasingly hard to keep the Day 1 mentality of experimentation and innovation. Day 2 is the default. You need to work hard to keep Day 1 alive.

But why is Day 2 the default? Many reasons:

Because they think short term

Larger companies have big budgets and definitely have the capability to plan and think long term if they so choose.

But they mostly chose not to think long term because of perverse incentives:

With all incentives focused on the short term, how can a company even start to make a 50 year plan?!

Because they’re unable to cannibalize themselves

Sometimes a company finds itself in a situation where it needs to hurt one of it’s own businesses in order to grow a new business.

In these situations, the company has to decide hurt itself to grow.

Unfortunately, this tends to be one of those really hard things for large organizations to do.

Given perverse incentives (see last point), it’s much easier to just ignore the future until it catches up with you and becomes a real problem.

In other words: most are likely to do nothing until the competition does something.

And then, unfortunately, they risk being at a significant disadvantage because they did nothing.

Did you know that Kodak invented the digital camera?

They filed the first digital camera patents too. They were innovating!

But they didn’t try hard enough to bring it to market and capitalize on their invention.

Huh? What does that even mean?

To fully make sense of this, you have to understand the position they were in.

At the time, Kodak held a majority market share in both cameras and the film to put in those cameras.

And selling cameras wasn’t the big one.
It was the film.

In simple terms: You buy some film. You take 36 or so photos with family and friends. Then, you go buy more film. And repeat.

Compared to the digital world we live in, that sounds crazy!

If Kodak were to succeed in selling digital cameras to the masses, they would effectively kill their own business of selling film.

And there lies the dilemma.

The leaders within the company couldn’t imagine a world where it would be more profitable to sell people digital cameras once versus repeat sales of rolls of film to the same customer. 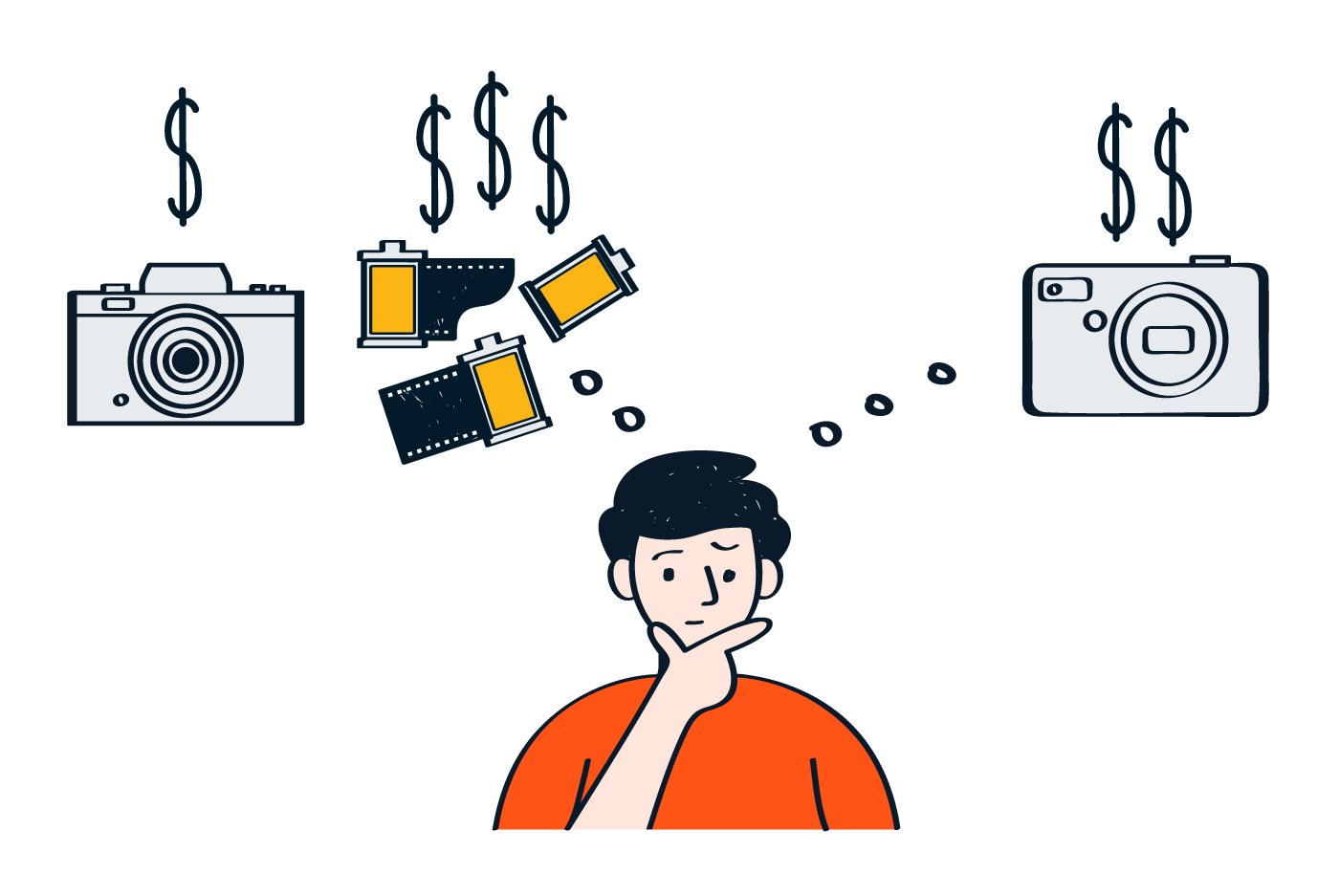 So they didn’t try hard enough. It would simply not be good business because it would require them to cannibalize themselves… and that decision marked the beginning of the end of Kodak.

Because they’re neck deep in their own processes

When a company figures out a business model that works, management teams set out to extract every penny they can. They build out processes, tools and culture towards this goal.

In other words, business as usual… and there’s nothing inherently bad there!

The problem is that when you keep focussing on the same process and its metrics for long enough, you lose sight of the bigger picture.

The day that the advantage disappears and the business model stops working, you might find yourself lost deep in the processes and completely unprepared.

A growing company needs to take increasingly larger bets to even move the needle.

But innovation is all about experimentation. You have to try and fail over and over again… because if you don’t try, you’ll never hit a home run.

And with increasing larger bets, you’ll also have large failures.

In simple terms, this means spending and losing a lot of money. And who wants that on their name?

It takes the right mindset at the top of the company to take big enough risks.

As your company grows, how do you prevent it from falling into the trap of Day 2?

This isn’t an easy one to answer. Day 2 comes naturally… fighting it will take commitment from all levels of your organization.

Obsess over the Customer

While your company can be centered on many things, obsessive customer focus is the most defensive option for holding on to the Day 1 mindset.

Because customers always want something better, even when they say they’re happy and satisfied.

When you’re obssessed on delighting the customer, it will keep your creative juices flowing and ultimately drive you to innovate.

As companies grow, they tend to become process oriented.

The process is not the thing. It’s always worth asking, do we own the process or does the process own us? In a Day 2 company, you might find it’s the second.

Perhaps the easiest way to keep your eye on the big picture is to make sure your metrics are closely aligned with the actual results you want to achieve.

Big trends can bring massive changes across many industries. These are the things that bring on sudden surprise disruptions that can make entire industries irrelevant.

Fighting them is like fighting the future – a futile effort, at best.

But if you embrace the trend, you’ll have a tailwind. When the disruption starts, you’ll have the opportunity to ride the wave and be part of it.

Large companies have the experience to make good decisions, but they tend to make them slowly.

A Day 1 company needs to figure out how to make good decisions quickly.

For decisions that are reversible, it’s usually better to bias towards action. Rather than fighting it out and making the perfect decision, pick the reasonable option and move forward.

Has this worked for Amazon?

Nobody asked for Prime. Or Marketplace. Or even AWS. These were all born out of intuition and experiments conducted by Amazon. Today, each one of them contribute a significant amount to top line revenue. They make Amazon more resilient to disruption of any one business. Which ultimately makes Amazon stronger.

They continue to stay in Day 1, which is impressive, given their size.

When a company is young, it’s agility is a huge advantage. As it grows, it becomes slow and rigid… and resistant to change.

But that is just the default. It doesn’t have to be that way. You can keep your entrepreneurial fire alive and stay nimble while you grow. But you have to choose this path and you have to fight for it, since complacency is just around the corner.

Step 1 is to understand and internalize the risks of complacency. Step 2 is to do something about it.

While there’s no easy formula here, you can set your company on the right trajectory by having true customer obsession and by being open to innovative experimentation (and the failure that comes with it).